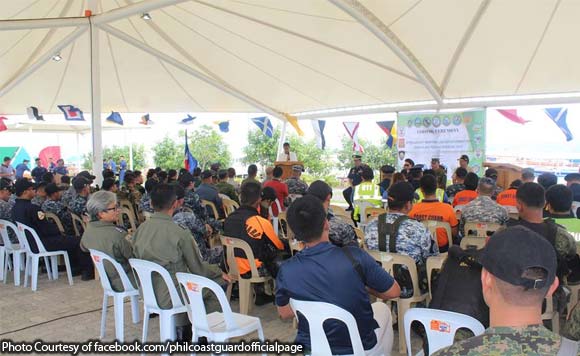 The Davao City Maritime Council (DCMC) has conducted an exercise in responding to maritime situations within the Davao Gulf.

The floating and air assets of the members of the Council were deployed during the Inter-Agency Maritime Law Enforcement and Search and Rescue Exercise Wednesday, February 13, the Philippine Coast Guard (PCG) said.

“The exercise aims to develop and upgrade the response, coordination and interoperability of member agencies situated in Davao City. Likewise, the exercise sets the standard of enforcing and protecting the City and its neighboring places,” the PCG said.

Davao City is the hometown of President Rodrigo Duterte.