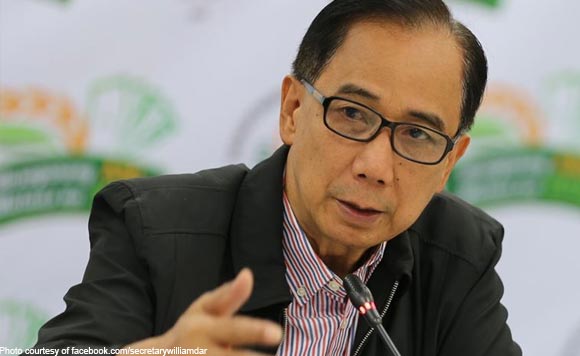 “The immediate action taken by Mayor Eliordo Ogena of Koronadal City and his team of veterinarians is commendable to nip the situation in the bud, and thus protect the big swine population in nearby municipality of Tupi and General Santos City,” said Dar, who personally visited Ogena in his office Friday, February 7.

Quoting Ogena, the DA said in a statement that the success of the city’s proactive approach was done in collaboration with the men and women of the South Cotabato Provincial Veterinary Office. They reported the incident on January 29.

The Sulop livestock auction market sources hogs from nearby towns of Malita and Don Marcelino, in Davao Occidental, which were recently declared as ASF-infected areas, Calo said.

The DA’s Bureau of Animal Industry, based on laboratory tests, confirmed that 11 of the hogs were found positive of ASF. Thereafter, all 42 heads were culled, and properly disposed as per prescribed procedures, on February 4, said Calo.

During a brief meeting at Koronadal City Hall, Dar ordered all concerned offices of the Department of Agriculture (DA) to extend technical assistance for continuous surveillance to ensure the city remains free from ASF.

He instructed DA Region 12 director Milagros Casis to ask the region’s quick response team to conduct a thorough “trace-back” and “trace-forward” investigation of the incident, especially in the towns of Don Marcelino and Malita.

He also ordered all Mindanao regional offices of the DA’s National Meat Inspection Service (DA-NMIS) to strictly monitor all pigs and livestock animals for slaughter, ensure that they are disease-free, and conduct appropriate investigations if some show signs of infection.