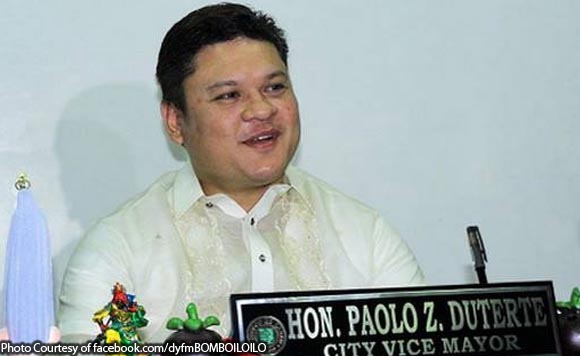 Davao City Vice Mayor Paolo “Pulong” Duterte has been tagged in the payola scandal that rocked the Bureau of Customs (BOC) as a result of the P6.4-billion shabu smuggling issue.

This, after Customs broker Mark Taguba–the sudden star witness of the House probe on the drug mess–indirectly referred to the presidential son as he was quizzed by lawmakers.

In particular, Taguba said the “Vice Mayor” was being name-dropped by people who according to the former received payola or grease money from him amounting to P27,000. He identified these individuals as aliases “Tita Nani,” “Jake,” and “Small,” a GMA Online report late Monday night (August 7) said.

At that time, the broker-slash-witness was talking about the “Davao Group” that had transactions with the BOC, thus strongly suggesting that this Vice Mayor was Pulong.

However, Taguba clarified in the hearing that these were just rumors and that he had no proof of Duterte’s involvement. He also said that he doesn’t personally know the Vice Mayor.

It can be recalled that Taguba was granted legislative immunity by the House leadership in order for him to talk freely regarding the alleged rampant corruption at the BOC.

It’s this corruption among Customs officials that has supposedly allowed contraband like the P6.4-billion shabu to enter the country. #