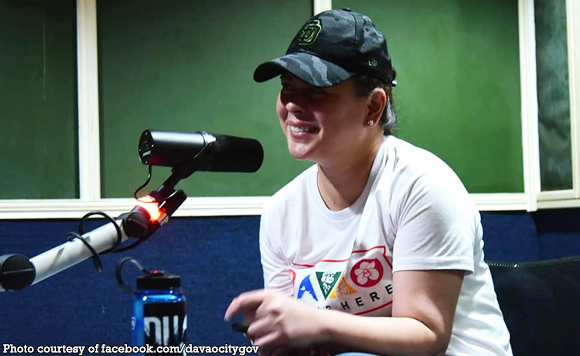 0 116
Share
Want more POLITIKO News? Get the latest newsfeed here. We publish dozens and dozens of politics-only news stories every hour. Click here to get to know more about your politiko - from trivial to crucial. it's our commitment to tell their stories. We follow your favorite POLITIKO like they are rockstars. If you are the politiko, always remember, your side is always our story. Read more. Find out more. Get the latest news here before it spreads on social media. Follow and bookmark this link. https://goo.gl/SvY8Kr

The city government of Davao has canceled almost all the activities lined up for the 83rd Araw ng Davao due to the threat of the novel coronavirus (nCoV).

Mayor Sara Duterte-Carpio said the decision was reached after the advisory issued by the Department of Health (DOH) to the people to avoid convergence.

“We have been following the pronouncements of the DOH and it has released last February 7 the advisory on public gatherings, thus it is with a heavy heart that I have decided to cancel the following events of the 83rd Araw ng Davao celebration: Pasiugdang Pagsaulog, Reyna Dabawenya, Ginoong Davao, Sayaw Pinoy, Kalingawan sa Sta. Ana, Hudyaka, Mutya ng Dabaw, Pasidungog, Araw ng Empleyado, Kanta Bidabawenyo, Parada Dabawenyo, and the Datu Bago Awards,” she said.

The only event left for the Araw ng Davao is the mass scheduled on March 1.

The presidential daughter said that all preparations for this year’s Araw ng Davao will be executed next year.

She said she cannot sacrifice the health of residents and visitors alike.

“We have seen an increasing number of people getting the infection worldwide. Our health care facilities in Davao City have limitations and we cannot possibly carry hundreds of sick individuals all at the same time,” she said.

“Because of these limitations, our plan for us Dabawenyos is to ensure that we do not get the infection.— It is important to keep your immune system strong. Avoid extremely crowded places and other activities that propagate the spread of the virus,” the mayor added.

Despite the cancellation of the events, all public holidays scheduled for 83rd Araw ng Davao will push through.