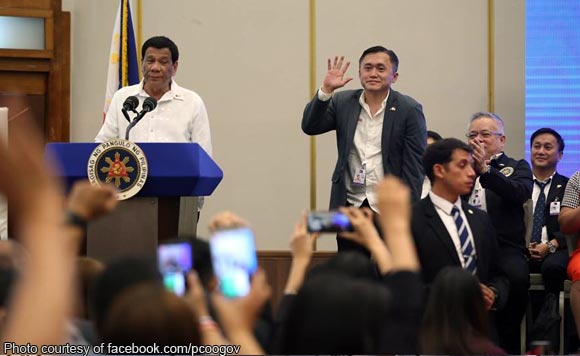 President Rodrigo Duterte had felt that he was already much older than his real age in front of the “beautiful” Filipino women in Israel due to the presence of his daughter Davao City Mayor Sara Duterte-Carpio.

In his more than an hour speech during his meeting with the Filipino community shortly after his arrival in Jerusalem early Monday, the President praised the Filipinas in Israel, saying they were all beautiful.

He also shared to over 1,000 Filipinos in the audience that sometimes he made jokes to the military to assign beautiful women to his office.

It could be recalled that Duterte’s trip to South Korea last June became controversial when he kissed the lips of a married Filipina whom he called on the stage to give a book.

But before he gave the book, the President asked her if he could kiss her on the lips.

Duterte-Carpio was not with her father during the Seoul trip.

Due to that incident, the presidential daughter has vowed to join her father’s foreign trips as much as she could to prevent similar “kissing” incident from happening again.