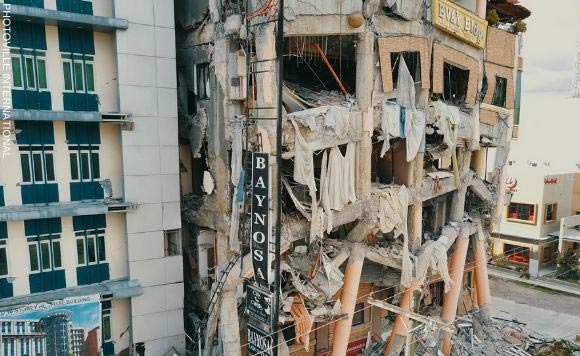 0 119
Share
Want more POLITIKO News? Get the latest newsfeed here. We publish dozens and dozens of politics-only news stories every hour. Click here to get to know more about your politiko - from trivial to crucial. it's our commitment to tell their stories. We follow your favorite POLITIKO like they are rockstars. If you are the politiko, always remember, your side is always our story. Read more. Find out more. Get the latest news here before it spreads on social media. Follow and bookmark this link. https://goo.gl/SvY8Kr

Department of Agriculture (DA) Secretary William Dar has ordered technical teams to conduct an assessment of the agricultural facilities affected by a series of powerful earthquakes in Mindanao.

Dar said the DA Regional Field Office (RFO) 12 has created the three technical teams to assess and validate the facilities that were damaged by the tremors and aftershocks in North Cotabato and other areas.

“We are also distributing relief goods to affected farmers, fisherfolk and other earthquake victims in North Cotabato, particularly in the towns of M’lang and Tulunan, in coordination with respective local government unit. We started early this month and will continue on as we receive donations from officials and staff of other DA RFOs, bureaus, attached agencies and corporations,” she said.

Some 200 sacks of palay were also provided to the farmers in Kidapawan City and municipalities of M’lang, Tulunan, and Makilala, in North Cotabato, and install 30 units of solar-powered lights in various evacuation centers, the DA said.

Casis added that they have set up a command center at DA-RFO 12 research and experiment station in Brgy. Balindog, Kidapawan City, that will receive relief items, preferably ready-to-eat meals, canned goods, bottled water, and toiletries, among others.