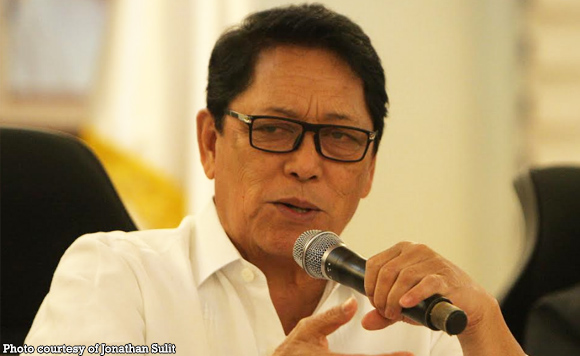 Labor Secretary Silvestre Bello III said Thursday, January 16, the alleged attempt of the Kuwaiti government to cover-up the true cause of death of Filipina worker from South Cotabato has prompted the Philippine government to impose a total deployment ban of Filipino workers in the Gulf state.

The Department of Labor and Employment (DOLE) chief said the autopsy report from the National Bureau of Investigation (NBI) on the remains of Jeanelyn Villavende who was brutally murdered by her employers was in complete contrast to the report from the Kuwait Ministry of Health.

“The OFW was sexually abused, and brutally murdered while some of her internal organs were missing. If you recall their autopsy report, the statement on the death of Villavende was very simple, saying it was caused by heart failure arising from physical injuries. It is definitely in contrast with the findings of the NBI that she was sexually abused,” Bello said.

He said another cause for the total ban was the failure of the Kuwaiti government to come into an agreement regarding the standard employment contract in accordance with the Memorandum of Agreement in 2018.

“Under the MOU, we were supposed to come up with a standard employment contract in order to provide sufficient protection for our OFWs. That’s almost two years ago of discussing and debating but until now, we have not finalized anything,” Bello said.

The labor chief said the ban will remain in effect and no worker will be deployed in Kuwait as long as the Philippine government do not get justice for the brutal killing of Villavende and upon the finalization of the standard employment contract.

Based on the POEA Governing Board Resolution No. 4, series of 2020, a total ban is imposed on the processing and deployment of all domestic workers or household service workers (HSW), semi-skilled, skilled workers and professionals including Filipino crew seafarers for Kuwait.

However, skilled workers and professionals who have unexpired contracts or categorized as Balik-Manggagawa, and those who will be cleared by the Secretary of Labor are exempted from the ban. #