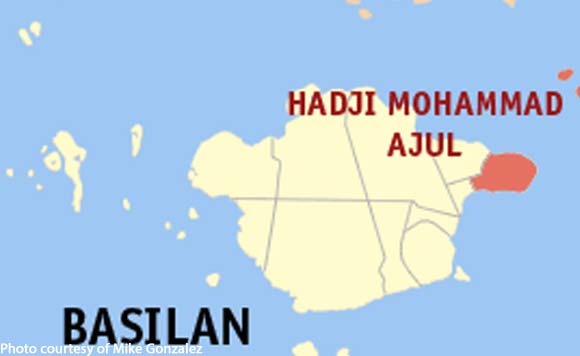 ZAMBOANGA CITY — A court in Basilan province has declared Hadji Mohammad Ajul Mayor Ibrahim Ballaho ineligible to serve as the town executive as he is not a registered voter in the municipality.

In a ruling dated October 10, 2019, Basilan Regional Trial Court Branch 2 Judge Danilo Bucoy disqualified Ballaho for failing to show proof that he is a registered voter in Hadji Mohammad Ajul town when he filed his certificate of candidacy in the May 13, 2019 mid-term polls.

The decision came after former Mayor Talib Pawaki, who lost in his reelection bid, petitioned the court for a “quo warranto”, claiming Ballaho is the barangay chairperson of Balas, Lamitan City, when he ran for mayor in Hadji Mohammad Ajul.

Pawaki lost in the mid-term polls to Ballaho by a margin of 200 votes.

Pawaki also asserted that Ballaho submitted his transfer of registration records on September 10, 2018, or eight months before the elections.

He said that under the Commission on Elections (Comelec) ruling, an elected official should file his transfer of residency one year before the elections.

In his counter-affidavit, Ballaho argued that he applied for transfer of residency in Barangay Seronggon, Hadji Mohammad Ajul, but the town’s election officer, Ruhaina Sayadi, did not act on his request.

Meanwhile, Lawyer Quirino Esguerra Jr., Ballaho’s legal counsel, noted that the decision of the court “is not yet final and executory”.

“Maghi-hearing pa kami (We still have a hearing). So the judge has two options whether ipaupo siya (to allow him to sit) or not,” Esguerra said, adding their camp has already submitted a motion seeking for a temporary restraining order and preliminary injunction.

Lawyer Vladimir Jimenez, legal counsel of Pawaki, said they filed on Tuesday motion for execution of judgement before the sala of Bucoy.

“When we received the decision last Monday, we immediately filed execution of judgment since under the rules. That’s the next remedy that the winning candidate should do,” Jimenez said in an interview.

“We filed it on Tuesday, giving notice to the court and the opposing counsel within three days, so supposedly, today (Friday) is the hearing on our motion and upon resolution of the motion the court will also resolve by giving the oath to Mayor Talib Pawaki being the eligible and the true mayor of (Hadji) Mohammad Ajul,” Jimenez added.

However, he said the hearing did not push through Friday as the judge is not around due to “circumstances beyond our control”.

“We will have to wait for further notice from the court,” he said. (PNA)