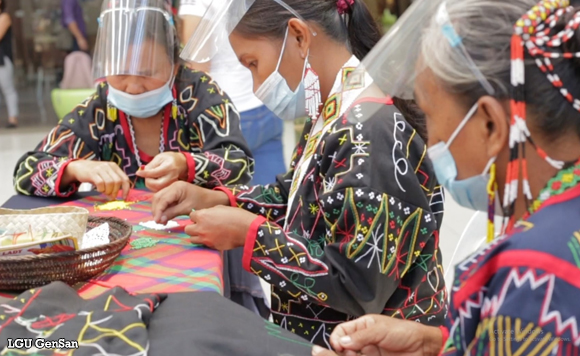 The trade fair and exhibit of the annual Kalilangan Festival kicked off Monday, February 22, in General Santos City.

City Councilor Shandee Llido-Pestaño, chairperson of the Committee of Tourism Culture and Arts and represented Mayor Ronnel Rivera in the event, said while the celebration could be different from the usual festive and rowdy events, one thing has remained the same which is the unity amid culture diversity.

She expressed hope that the trade fair, which runs until February 27, will yield favorable promotion of their products.

The trade fair is part of the celebration of the city’s 82nd Founding Anniversary with the theme “Kulturang Nagkakaisa Laban sa Pandemya.”

“This year we have a modest Kalilangan Festival and yet we will continue to celebrate it despite being prudent and simple because our festival is very important in our city and in celebrating milestone in the history of our city,” Pestaño said.

“Marami talagang magagaling dito sa atin, sometimes we just need a venue and opportunity to bring it closer to the people and Veranza is perfect venue,” she added.