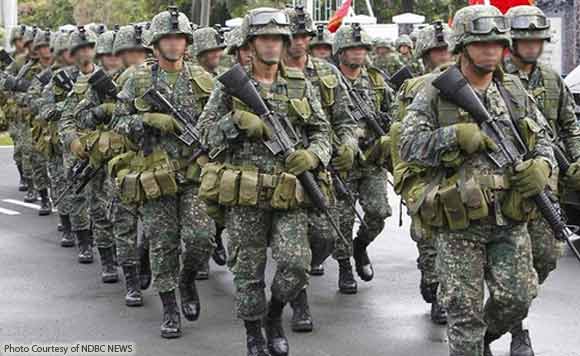 0 139
Share
Want more POLITIKO News? Get the latest newsfeed here. We publish dozens and dozens of politics-only news stories every hour. Click here to get to know more about your politiko - from trivial to crucial. it's our commitment to tell their stories. We follow your favorite POLITIKO like they are rockstars. If you are the politiko, always remember, your side is always our story. Read more. Find out more. Get the latest news here before it spreads on social media. Follow and bookmark this link. https://goo.gl/SvY8Kr

The provincial government of Cotabato has welcomed the order of Defense Secretary Delfin Lorenzana to set up checkpoints in areas affected by series of earthquakes in Mindanao, including the province.

“The Provincial Government of Cotabato welcomes this development for this will help the province for its effort to establish strategic distributions of relief goods to our fellow Cotabateňos by properly monitoring the areas that already received goods to avoid duplication or concentrations of the distribution of relief goods,” the local government said.

Lorenzana, who is also the martial law administrator in Mindanao, in his directive to the Armed Forces of the Philippines, said the checkpoints shall control and screen the ingress and egress of the people in the evacuation centers in Davao del Sur and Cotabato that only legitimate and authorized relief workers are granted access and receive relief goods and supplies for distributions for the evacuees.

The provincial government said the checkpoints will also help them to properly account and monitor the resources coming from national government and agencies, local government units, organizations and private individuals.

A magnitude 6.5 earthquake recently struck parts of Mindanao, with epicenter at Tulunan, Cotabato. It was the third strong tremor that hit the province in a span of two weeks.

Suspension of classes up to mayors – North Cotabato LGU