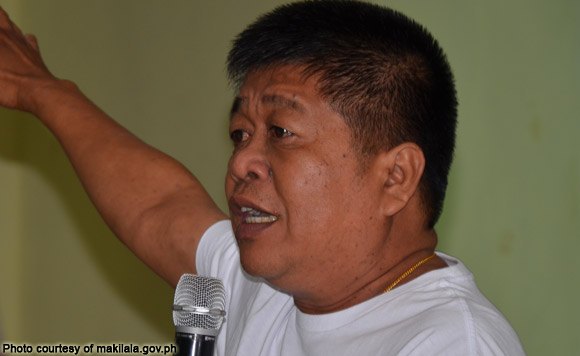 A town mayor in North Cotabato Wednesday said the communist rebels have sent feelers to negotiate for the possible release of their police captive.

In a radio interview, Caoagdan said an emissary of NPA Front 53, which operates in the borders of North Cotabato and Davao del Sur, sent him information that the rebels who captured Catalan wanted to open communication with him.

Caoagdan refused to give more details except raising hopes for Catalan’s upcoming freedom from captivity.
“I continue hoping PO1 Catalan will be with his family soon,” he said in the vernacular.

Catalan, a member of intelligence unit of Makilala Municipal Police Office, was driving his two sons to school in Barangay Katipunan, Makilala when three gunmen seized him.

His children were unharmed but were traumatized, the police officer’s wife Jessa said.

Jessa said she has not received word from her husband or from his captors since he was snatched on August 16.

Bishop Jose Colin Bagaforo of the Diocese of Kidapawan also appealed to the communist rebels to free PO1 Catalan as soon as possible without condition.

“I appeal to the CPP/NPA/NDF to free PO1 Catalan soonest so that he will be reunited with his family and children,” Bagaforo said in a radio interview.

Jessa also appealed for his husband’s release since “he is our only bread winner” and his captivity has affected her children who have stopped schooling.(PNA)