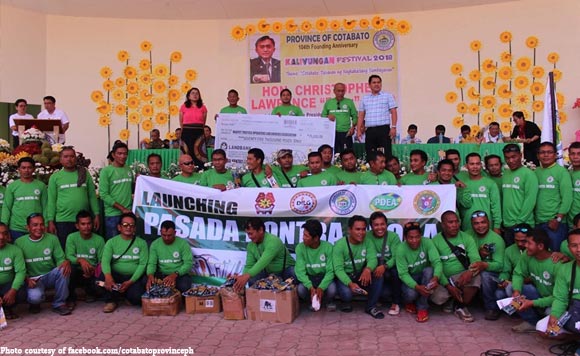 The provincial government of Cotabato has heightened its campaign against illegal drugs through “Pasada Kontra Droga” Program.

The Provincial Anti-Drug Abuse Council (PADAC) Cotabato, in partnership with the Department of the Interior and Local Government (DILG), Department of Health (DOH), Philippine Drug Enforcement Agency (PDEA), and Philippine National Police (PNP), has initiated the program to fight drug-related problems in the province by involving and conducting awareness orientation to skylab drivers, dispatchers, and tricycle drivers who will eventually serve as force multipliers and effective informants in their respective communities in intensifying the campaign against illegal drugs.

Aside from mechanical tools, the local government said it also extended cash assistance to different tricycle and skylab associations amounting to P150,000 per municipality to start with their own motorshop business.

Governor Emmylou “Lala” Taliño Mendoza has urged the tricycle and skylab drivers, including transport groups, to be vigilant and ensure the safety not only of their passengers but also of their respective communities by helping the government in intensifying its campaign against illegal drugs.

Mayor Sara calls for ‘malasakit’ to one another on Independence Day