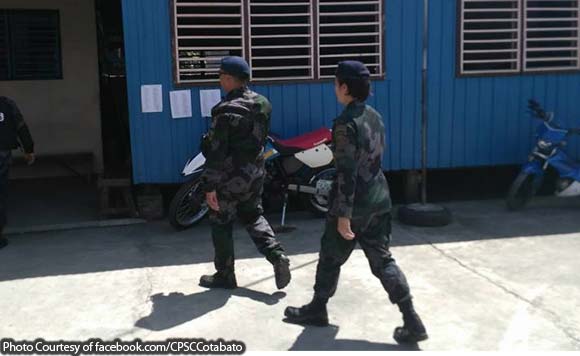 City Police Office dispatched a team from Explosive Ordnance Disposal (EOD) at Purok 5, Mabini Interior, Bagua 3 after receiving report from concerned citizen of suspicious baggage left by the two suspects on board a trisikad at Malasigan residence.

The police cordoned the area.

The EOD team first tried to blast the suspected bomb at around 8:55 p.m., but failed since it was wrapped with rubber.

The IED, which was later found out to be made of 81 MM mortar, a blasting cap and unknown white granules, was finally destroyed during the second attempt at around 9:40 p.m., with no reported damage to property.

The foiled bombing attempt came days before the May 14 barangay and Sangguniang Kabataan elections.