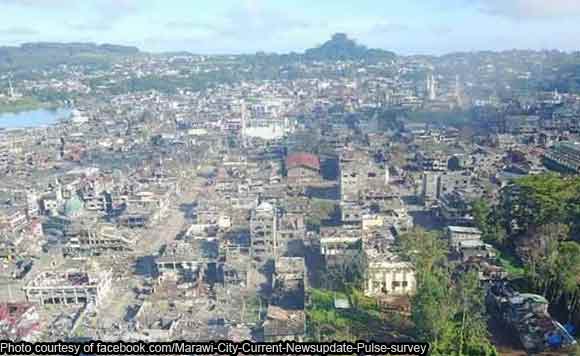 The Philippine Congress granted President Rodrigo Duterte’s request to extend martial law in the country’s south until the end of 2019 on Wednesday, ignoring opposition warnings of a creep towards authoritarian rule.

Duterte initially put the Mindanao region under military rule after gunmen flying the black Islamic State flag attacked the mainly Muslim city of Marawi in May 2017, sparking a five-month battle that killed 1,200 people.

The president said last week that while “significant progress” had been made, more time was needed to stop armed militants making a comeback.

He easily won the vote for a third extension by 235-28 — with one abstention — at a joint session of the Senate and House of Representatives on Wednesday.

The backing came despite critics’ concerns prolonging military rule would concentrate too much power in the hands of the President.

Martial law allows the military to establish control with measures like curfews, checkpoints and gun controls in a nation where civilians are allowed to own firearms.

Suspects can also be detained for longer periods without criminal charges being filed in court.

Martial law was used by dictator Ferdinand Marcos to remain in power during his two-decade reign, which ended in 1986 with a bloodless uprising.

Opposition senator Risa Hontiveros, who voted against the extension, warned the military and police to protect against “creeping authoritarianism”.

“The way our current administration treats its critics… tells us that our president is no different from the deposed dictator,” she said.

But Duterte’s chief aide Salvador Medialdea told Congress on Wednesday that while martial rule had been effective, terrorist groups were still present.

There is a base of support for extending martial law, including among local leaders in the southern region of 20 million who face the ongoing threat of a decades-old Islamist insurgency.

Many Filipinos back Duterte’s tough tactics, including his deadly crackdown on narcotics, believing they are needed to solve the nation’s deep-rooted problems like the roughly half-century battle against communist rebels.