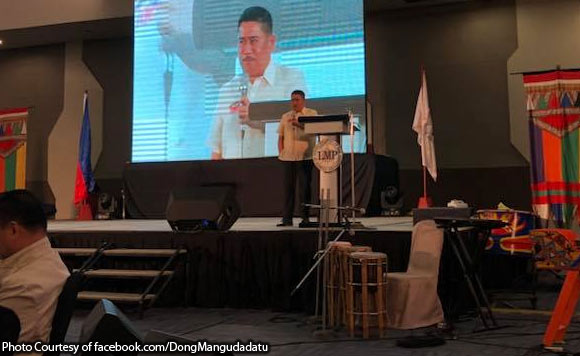 0 552
Share
Want more POLITIKO News? Get the latest newsfeed here. We publish dozens and dozens of politics-only news stories every hour. Click here to get to know more about your politiko - from trivial to crucial. it's our commitment to tell their stories. We follow your favorite POLITIKO like they are rockstars. If you are the politiko, always remember, your side is always our story. Read more. Find out more. Get the latest news here before it spreads on social media. Follow and bookmark this link. https://goo.gl/SvY8Kr

“It was such a great honor to be invited as your guest speaker. Thank you to the LMP National President Bubut Brondial”, he wrote on his Facebook account.

Cong. Zajid is the brother of Maguindanao governor Esmael Mangudadatu.

Sosyalin si bagets! This is how Isabelle Duterte deals with stress