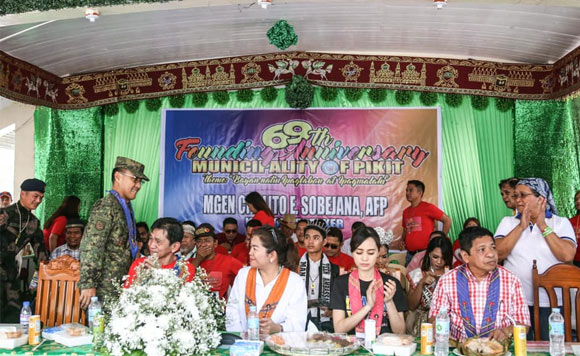 0 1,459
Share
Want more POLITIKO News? Get the latest newsfeed here. We publish dozens and dozens of politics-only news stories every hour. Click here to get to know more about your politiko - from trivial to crucial. it's our commitment to tell their stories. We follow your favorite POLITIKO like they are rockstars. If you are the politiko, always remember, your side is always our story. Read more. Find out more. Get the latest news here before it spreads on social media. Follow and bookmark this link. https://goo.gl/SvY8Kr

Behind every successful man is a woman full of utmost support.

Congressman Maguindanao 2nd District Representative Zajid “Dong” Mangudadatu is truly blessed to have a very supportive wife, Ms. Geraldine. The pretty partner of Cong. Zajid represented him in various events in Mindanao, while he is also attended events and engagements in Luzon.