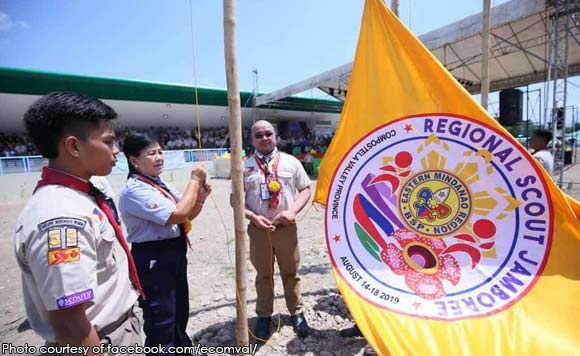 Over 6,000 youths are now gathered in Compostela Valley for the the Eastern Mindanao Regional (EMR) Scout Jamboree 2019.

In the kick-off ceremony Wednesday, August 14, of the 4-day jamboree, Governor Jayvee Tyron L. Uy, also chairperson of the EMR-Boy Scout of the Philippines (BSP), underscored the need to develop the potentials of the youth.

“This is where the scouting movement plays a big role,” he said.

“We mold our young people here to be leaders of their respective households, circles and communities. Sooner or later, these young people may be the future holders of different positions in government. As early as now, there is a need to instill them the values necessary to become the leaders of the future,” Uy said.