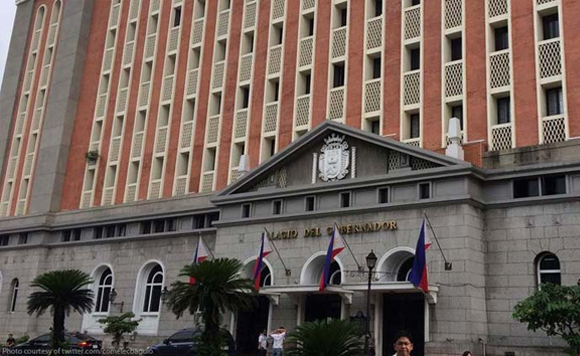 DAVAO CITY – The Commission on Elections (Comelec) has directed a candidate for Davao del Sur provincial council to stop appearing on her own television program until the end of the campaign period.

Davao del Sur Provincial Election Supervisor Jennifer Ancla has called the attention of provincial board candidate Maria Ana Sumatra over the latter’s continuous appearances on her own television program, which is also replayed on a cable television channel.

Sumatra is running under a local party that is backed by the Hugpong ng Pagbabago regional bloc. She runs the program The Voice of Truth on television and the Voice of Freedom on the radio.

In his letter dated April 29, Ancla reminded Sumatra of the provisions of the Comelec Resolution No. 10488 or the Elections Fair Act, which states that “any columnist, commentator, announcer and reporter who is a candidate for any election public office shall take a leave of absence from work during the campaign period.”

The Comelec rule also prohibits members of the mass media from using media work for a premature election campaign or partisan political activity.

Ancla told Sumatra that the replays of her program is also prohibited–or if treated as an advertisement, must be labeled as a “political advertisement.”

If free of charge, the program should also be identified as “airtime for this broadcast was provided free,” Ancla said.

In an interview with Philippine News Agency (PNA) on Friday, Sumatra denied violating any Comelec rules through her radio and television program.

“In my own knowledge, I did not violate any election campaign rules. I no longer anchored my regular programs, and neither did I replay my old segments. I know that my opponents were crafting trumped-up complaint against me but I am not guilty of such accusations,” Sumatra said.

“As I see it, the Comelec displayed its bias against me. Why did they single me out when there are cable and radio broadcast in the province worthy to be flagged down by the election office for excessive promotions through airtime of some candidates?,” Sumatra said. (PNA)