Collapsed Ecoland condo in Davao should be demolished – Sara 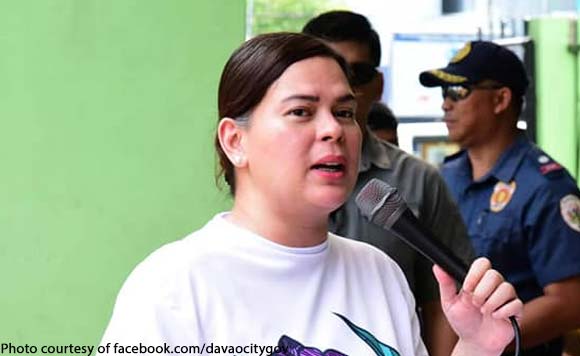 0 305
Share
Want more POLITIKO News? Get the latest newsfeed here. We publish dozens and dozens of politics-only news stories every hour. Click here to get to know more about your politiko - from trivial to crucial. it's our commitment to tell their stories. We follow your favorite POLITIKO like they are rockstars. If you are the politiko, always remember, your side is always our story. Read more. Find out more. Get the latest news here before it spreads on social media. Follow and bookmark this link. https://goo.gl/SvY8Kr

DAVAO CITY – Administrators of the Ecoland Residences 4000 Condominium in Talomo here, were advised to vacate the building right before the 6.5 magnitude earthquake that hit the city on Thursday morning.

Mayor Sara Z. Duterte, in a press briefing Thursday, said the City Engineer’s Office (CEO) visited the building on Wednesday and recommended to its administrators that it should be condemned.

She said the administrator of the building acceded to the condemnation order but claimed that some of the occupants opted to stay because they don’t have other places to live.

Duterte also clarified that right after the October 16 and October 29 tremors, they have submitted three written notices to the Ecoland Residences 4000 administrator about the problem of their building.

“I talked to the building administrator and she said that they heeded the order of the CEO but have allowed occupants who opted to stay,” she said.

Ecoland Residences 4000 condominium is a five-story building with 56 units though only about 15 to 20 occupants were in the area during the tremor.

As to the liability of the developer, Mayor Duterte said it will be discussed by the City Legal Office since they already submitted three written notices and have advised its condemnation.

“If we saw evidence of their negligence, we will take legal action. We have not discussed the waiver since the recommendation of the CEO is condemnation, meaning that building cannot be occupied by people,” she added.

She also advised the occupants to seek legal counsel if they wanted to file a case against the developer of the building.

Duterte also offered the evacuation site in Los Amigos, Tugbok as a temporary place to stay for the Ecoland Residences 4000 displaced occupants. As of press time, Duterte confirmed that nine occupants of the condominium had been injured, eight of whom were treated on-site while one was brought to the hospital.

She added that rescue operation is ongoing.

The city government also announced that a life detector machine from the disaster volunteer “Knight Hawk Group” has been offered to help the rescue team determine the possibility of any survivor trapped in the collapsed building.

“Coast Guard cadaver sniffing dogs are also helping the rescue operations. Our rescuers did not hear anybody from the collapsed building asking for help,” Duterte said.

Mayor Duterte has suspended classes at all levels in the city both in private and public schools from October 31 to November 4, 2019.

Meanwhile, the Davao City Police Office (DCPO) confirmed that there is no reported fatality and missing persons in the city and that the Ecoland Residences 4000 is the only reported severely damaged infrastructure. (PNA)