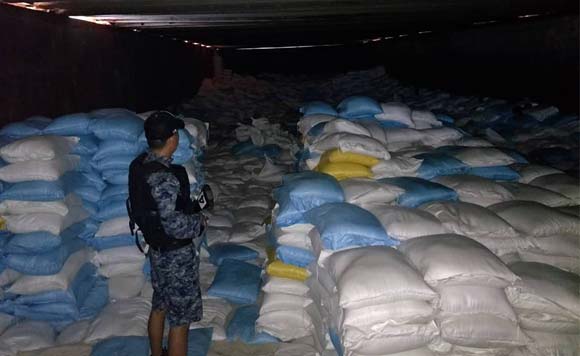 The Philippine Coast Guard (PCG) has intercepted a cargo vessel loaded with some 50,000 bags of smuggled rice off Tonquil Island, Sulu.

Lt. Jeffrey R. Collado, commanding officer of MRRV 4408, immediately dispatched a team to conduct high risk board and search and discovered at least 50,000 undocumented bags of rice loaded in the ship.

“The apprehended vessel is temporarily under the custody of MRRV 4408 and MRRV 4410 waiting for Bureau of Customs’ inspection and for its proper disposition,” PCG said.