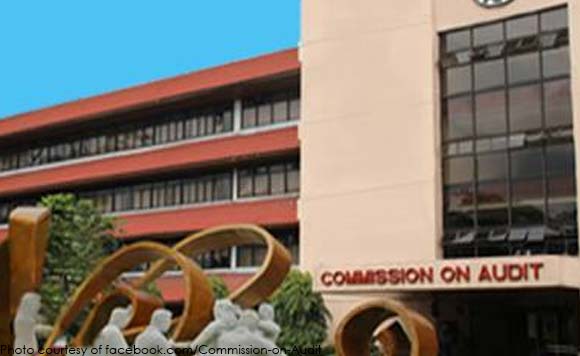 The Commission on Audit (COA) called out the provincial government of Zamboanga del Sur for overpaying for janitorial and security services which cost the province an extra P5.32 million in 2018.

According to the state auditor’s annual audit report, the aforementioned payments were granted “regardless of the actual services rendered” and “were not properly supported with documents”, casting doubt on their overall validity.

Under Sections 4, 6 and 7 of PD 1445, all claims against government funds “shall be supported with complete documents.”

In 2018, the Zamboanga del Sur Governor Antonio Cerilles executed four contracts with the Police Retirees Anti-Crime (PRAC) Manpower and General Services and Security Agency for the provision of janitorial and security services for the local government.
According to an investigation by state auditors, PRAC janitors assigned to various offices in the provincial government “were paid in excess of their actual working days totaling P2,904,151.” According to the contract signed, PRAC janitors are to render 26 days of duty in month, however, review of the actual documents showed that a number of janitors only performed 21 actual working days – an overpayment of five working days in the value of P1,484 per janitor per month.

The provincial government, also according to state auditors, has established a practice of ignoring daily time records which are crucial for computing monthly payroll. In fact, these records are not signed off by respective department heads resulting in discrepancies between actual time rendered time recorded.

“(Janitors and security guards) are sometimes the most disadvantaged due to lack of awareness on what they deserve to receive. Complaints are less likely to be made due to fear of losing the job. It is imperative that we always consider their welfare by providing appropriate benefits in compensation and acknowledging the services rendered by them,” COA said.

Also in the report, management promised to thoroughly examine and review documents submitted by PRAC to ensure that what is being paid is proper and accurate. 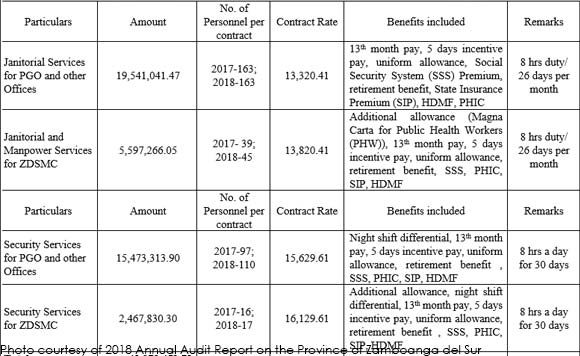