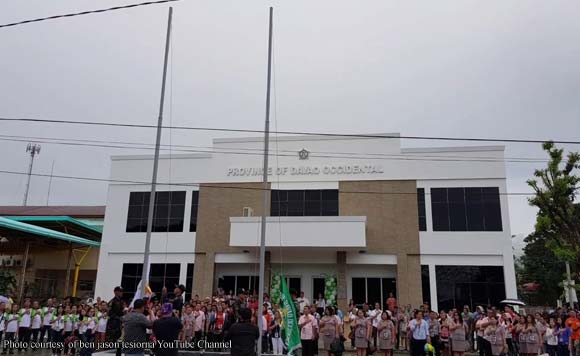 The Commission on Audit (COA) called on Davao Occidental Governor Claude Bautista to liquidate P10.81 million fund transfers made to several component barangays and municipalities in the province.

According to the 2018 audit report, despite the existence of a memorandum of agreement (MOA), the recipient local government units (LGU) have failed to undertake the necessary liquidation efforts required under law.

“It is disheartening to note that the purpose (socio cultural activity) of various barangays had already been accomplished during 2017 and 2018, yet no report was received by the Province to liquidate their account contrary to what is stated in the Memorandum of Agreement,” the report read.

State auditors found that these fund transfers were delayed to up to 738 days or two years, as is the case with the Municipality of Sarangani which received financial assistance worth P1.5 million in 2016.

Delays between 20 to 691 days were reported in 62 barangays in Malita, Sta. Maria, Don Marcelino and Jose Abad Santos.

Under the MOA, the recipient LGU promised to abide by COA standards:

“That the (recipient LGU) shall immediately disburse the said amount in accordance to its purpose and shall be subjected for liquidation one (1) month after the project/activity implemented in consonance with (COA Rules and Regulations),” the MOA read, as stated in the report.

The Davao Occidental Provincial Accountant explained letters were already sent reminding the LGUs of their obligation, but only a few have submitted the required liquidation report – which could negatively affect the province’s financial statement, according to state auditors.

“Something must be done to correct this practice. If not controlled, this might accumulate and eventually result in material misstatement of the affected accounts in the financial statements,” COA said.

COA asked that Bautista direct the head of the implementing office to include in the MOA that it falls under the responsibilities of the recipient to return the received amount if not liquidated within two months from completion, or face disqualification from future financial assistance.

In the report, Davao Occidental officials note that the recommendation by the state auditing agency was “well taken.”