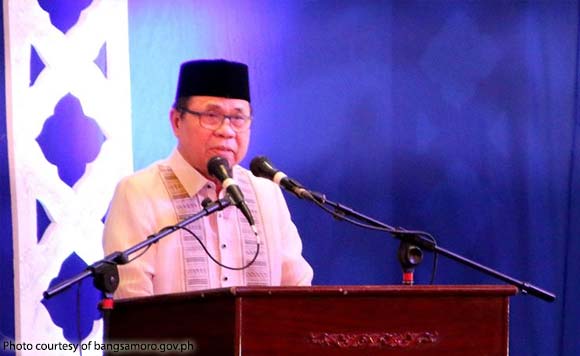 Bangsamoro government Chief Minister Ahod “Al Haj Murad” Ebrahim has welcomed the approval by the House of Representatives of a bill that will extend the transition period in the Bangsamoro Autonomous Region in Muslim Mindanao (BARMM).

The Lower House passed Wednesday, September 15, House Bill 10121, on its third and final reading, that seeks to reset the first regular election in BARMM from 2022 to 2025 and consequently extends the transition period.

“This progress puts us in a better position to ensure that the provisions and agreements in the GPH-MILF (Government of the Philippines-Moro Islamic Liberation Front) peace process are properly implemented,” Ebrahim said in a statement.

He said the extension of the transition period will allow the interim Bangsamoro government “to pour in all its efforts in establishing an institution that acknowledges the circumstances of the Bangsamoro, and will provide opportunities for everyone to take part in reshaping our homeland.”

“We are also grateful to our dear President Rodrigo Roa Duterte for reassuring the success of the Bangsamoro peace process. With his certificate of urgency, we are optimistic that the bicameral conference will go smoothly and a final version of this proposal will immediately pass into law,” he said.

He also thanked the Bangsamoro constituents, those in favor and those who dissented, for taking part in the process.

“Most of all, none of these would be possible without the Guidance and Grace of the Almighty Allah — Alhamdulillah. We are almost there, my dear Bangsamoro,” he added.