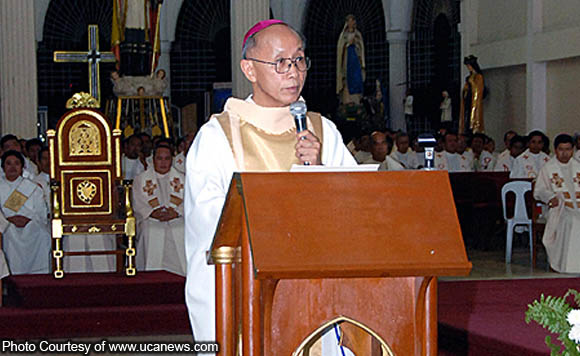 The government’s anti-drug efforts got a boost from the Catholic Church in parts of Mindanao, as Cagayan de Oro Archbishop Antonio Ledesma offered churches in his archdiocese as drug rehabilitation facilities.

Ledesma said churches in Misamis Oriental and Camiguin will allow their parish halls to be used for the rehabilitation of drug dependents, MindaNews reported.

“These drug dependents desperately need he;p and if they are willing, the Church will help to give them a chance to change themselves,” Ledesma said (http://www.mindanews.com/top-stories/2016/08/cdo-archbishop-offers-churches-as-rehab-centers-for-drug-dependents/).

He said the parish in Malitbog town in Bukidnon has succeeded helping drug dependents when it opened its church for rehabilitation sessions.

Earlier, priests of the archdiocese met with social welfare officials on the matter, amid concerns about the lack of rehabilitation centers for drug dependents.

MindaNews cited data from the Philippine National Police in Region 10 indicating more than 50,000 drug dependents have turned themselves in to authorities since the intensified campaign against illegal drugs started in July.

However, Ledesma criticized the killings supposedly related to the campaign against illegal drugs.

“Save the user and the pusher. Killings should not be justified. It is against the law, the Constitution and morality. Killing without due process is highly condemnable,” he said.