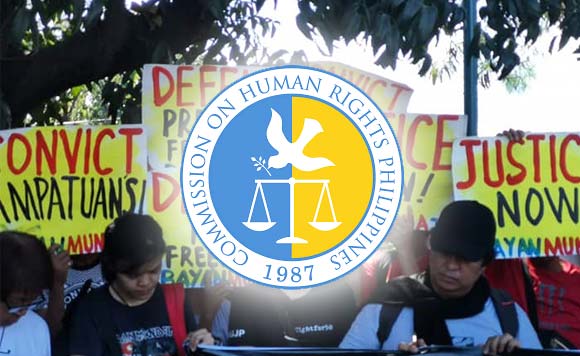 The Commission on Human Rights (CHR) expressed hope that the decision in the Maguindanao massacre case would revive the Filipinos’ faith in the justice system.

This as the CHR welcomed the guilty verdict rendered by Quezon City Regional Trial Court Judge Jocelyn Solis-Reyes against some members of the powerful Ampatuan clan involved in the murder of 58 persons, including 32 journalists, in Ampatuan, Maguindanao on Nov. 23, 2009.

“May this verdict revive our faith in the justice system, as well as in the principles of due process and rule of law—further recognising that value of truth as our best defence against the many forms of abuses that threaten human dignity,” CHR spokesperson Jacqueline Ann de Guia said.

“Let today (Thursday, December 19) be a teaching moment on the need to resolve cases with urgency; in affording better protection for journalists; the need for media literacy in allowing free speech to flourish in a democratic society; and in making sure that government institutions live up to their obligation in protecting rights of every Filipino,” she added.

De Guia said the CHR steadily urges the government to ensure that every case of assault to the rights of Filipinos “be met with the full force of the law towards addressing marks of impunity that continues to prevail.”

Shortly after the gruesome killings, the CHR sent its own investigators, lawyers, and forensics team to help in investigating the incident.