Chard Parojinog shows some love for ma on Mother’s Day 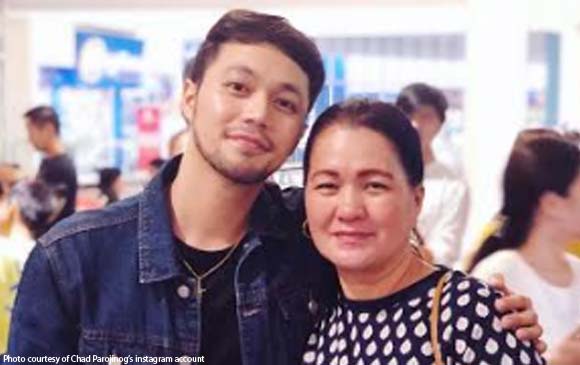 The son of Ardot Parojinog just wouldn’t help but celebrate the life of his slain uncle.

Richard “Mr. Pastillas” Parojinog, son of former Ozamiz City Councilor Ricardo “Ardot” Parojinog, recently shared an appreciation post for his one and only mama, Melde Badajos. On his social media accounts, Chard shared a photo of him and his mama locked in a tight hug, and greeted her for Mother’s Day.

Chard, who now goes by the screen name Chard Ocampo, dropped his new single, Pa’no Na Ba. The TV personality had been attending voice classes ABS-CBN workshops, along with his cousin, Tawag ng Tanghalan finalist Fron Vasquez. He rose to fame from his stint as Mr. Pastillas at noontime show It’s Showtime.