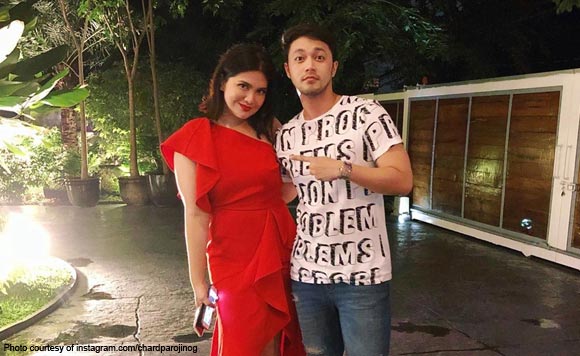 The son of Ozamiznon drug-linked fugitive Ricardo Parojinog is a rising star.

Showtime’s Mr. Pastillas Richard Parojinog, son of former Ozamis City Councilor Ricardo Parojinog, recently had the chance to take a photo with the famous TV character, Dimples Romana, aka Daniela Mondragon. On his Instagram account, the TV personality shared a photo of him with ms. Romana, clad in her iconic red dress from the TV show Kadenang Ginto.

Chard, who now goes by the screen name Chard Ocampo, rose to fame from his stint as Mr. Pastillas at noontime show It’s Showtime. His father, who’s currently detained and facing charges for illegal firearms possession, was arrested last May 2018 in Taiwan, after 10 months of hiding. His dad is the younger brother of killed Ozamiz Mayor Aldong who was linked to illegal drugs by President Rodrigo Duterte.