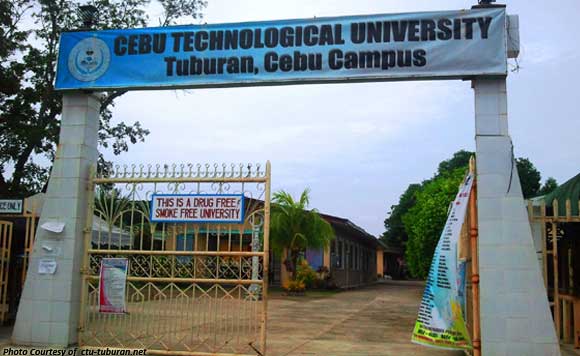 In its annual audit report that ended in 2015, the Commission on Audit (COA) said the P1,037,305.58 in honoraria from IGPs were granted to administrative and faculty teaching staff of the CTU Argao, Carmen and Moalboal campuses without the legal basis and valid documentation.

“Our verification of the liquidation reports of cash advances granted to the Cashiers/Alternate Disbursing Officers of the above-mentioned campuses revealed that some documents submitted to support the expenditures contained deficiencies,” COA said.

This means it was an irregular expenditure as defined under its circular because the honoraria was granted without the proper criteria and the necessary supporting documents, COA said.

The said circular states that irregular expenditures are incurred “if funds are disbursed without conforming with prescribed usages and rules of discipline” and if “there is no observance of an established pattern, course, mode of action, behavior, or conduct in the incurrence of an irregular expenditure.”

“A transaction which fails to follow or violates appropriate rules of procedure is, likewise, irregular,” the circular read.

“Honoraria are payment for services rendered by government personnel performing activities or discharging duties in addition to, or over and above their regular functions, and payment for services of personnel with expertise or professional standing in recognition of his broad and superior knowledge in specific fields,” COA said.

“The payment of honoraria to CTU-Carmen administrative officials and personnel lacks the foregoing criteria and the necessary supporting documents, therefore irregular and without legal basis,” COA added.

COA said the previous audit team leader had disallowed prior years’ honoraria during the period 2010 to 2013 now under appeal before the commission.

Thus, pending the resolution of the appeal, the management should refrain from granting honorarium, allowances, or incentives without valid authority, COA added.

COA recommended the management to refrain from granting honoraria to its personnel unless supported with a valid authority from the Office of the President, and the required supporting documents.

According to Presidential Decree No. 1597 or the “Further Rationalizing the System of Compensation and Position Classification in the National Government,” “allowances, honoraria, and other fringe benefits which may be granted to government employees, whether payable by their respective offices or by other agencies of government shall be subject to the approval of the President upon recommendation of the Secretary of the Department of Budget and Management.”