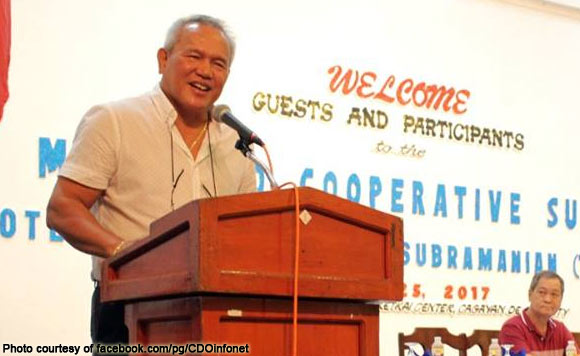 The Court of Appeals (CA) Mindanao Station has issued an injunction that temporarily stopped an order of the Office of the Ombudsman to dismiss Mayor Oscar Moreno from office.

In an 11-page order dated August 29, the CA granted Moreno a Writ of Preliminary Injunction (WPI) in order to “prevent grave and irreparable injury to petitioners, and so as not to render the instant petitions moot and academic pending their resolution.”

The Ombudsman’s decision to remove Moreno from office stemmed from a series of complaints filed by Antonio Nuñez Jr. for grave misconduct, conduct prejudicial to the interest of public service, serious dishonesty, and gross neglect of duty.

Nuñez accused Moreno of approving the lease of heavy equipment without a public bidding when he was the governor of Misamis Oriental.

The Ombudsman indicted Moreno for each of the six charges, issuing six dismissal orders for the embattled local chief executive.

Moreno said he got hold of a copy of the court injunction late Tuesday afternoon, issued by the appellate court’s Former Special 23rd Division and was signed by Associate Jutices Louis Acosta, Edgardo Camello, and Oscar Badelles.

Lawyer Dale Bryan Mordeno, Moreno’s legal counsel, said he was hoping the CA would issue a consolidated WPI just like what it did in its August 29 resolution.

Aside from granting Moreno a temporary reprieve, the CA also prohibited the Ombudsman “to resolve petitioner’s Joint Motion for Reconsideration with utmost dispatch.”

Mordeno said Moreno is facing 48 complaints, 42 of which are still pending at the Office of the Ombudsman awaiting implementation.

He said it would be better for the CA to issue a consolidated WPI since most of the cases contain similar details.

For his part, Nuñez said he was dismayed with the CA’s issuance of WPI but accepted the decision of the court.

He added his motive for filing complaints against Moreno is not personal but for the “common good.” (PNA)