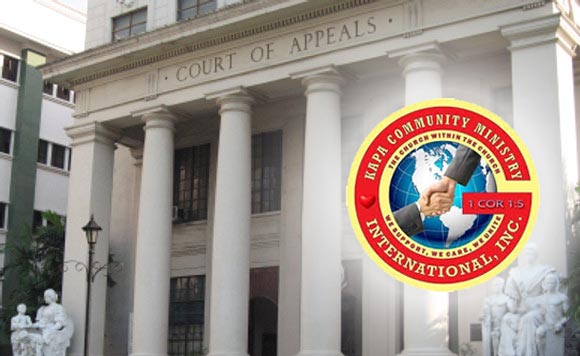 The Securities and Exchange Commission (SEC) on Monday said it intends to file criminal charges against Kapa-Community Ministry International, Inc. (KAPA) and its officials for operating an alleged fraudulent scheme which it considers as the biggest investment scam ever seen in the country.

This, after the Court of Appeals issued a freeze order last June 4 on several banks accounts and other assets linked to KAPA upon the petition of the SEC and the Anti-Money Laundering Council (AMLC).

“In fact, we already revoked the certificate of registration of Kapa Ministry and we intend to pursue criminal charges against all the officers and also those who are helping and defending them,” SEC Chairperson Emilio Aquino said in a press briefing. KAPA is led by Pastor Joel Apolinario.

Aquino said SEC issued an order of revocation of corporate registration against KAPA last April, and a cease and desist order last February.

KAPA was found to have recruited and encouraged members to “donate” any amount in exchange for a 30-percent monthly return for life, without having to do anything other than invest and wait for the payout.

Aquino considered the 30 percent an “unrealistic” return of investments and “mathematically unsustainable.”

He explained that with five million members at a minimum investment of P10,000, KAPA would have pooled funds of P50 billion. With a monthly return of 30 percent, its payout would reach P15 billion a month, or P180 billion a year.

Without recruiting new members or soliciting more investments from the public, the pooled funds would have been diminished by the third month, he added.

“KAPA is running a scam. The financials do not show that it has the capability to deliver except to rely on new investors to bring in their money. And we have to put a stop to it otherwise, there will be more victims who will be recruited and then bringing in their money and ultimately, it will collapse,” Aquino said.

Such scheme constituted the sale and offer of securities, in the formof
investment contracts, and required a secondary license, according to the SEC.

Under Section 8 of the Securities Regulation Code, securities shall not be sold or offered for sale or distribution without a registration statement duly filed and approved by the Commission.

Aquino stressed that donations should have no returns.

“That’s exactly why we are saying, hindi kayo pwede basta-basta kumuha ng investment from the public even if you call it as a donation without having it registered first with the SEC. Because what we will do is evaluate the viability of the business,” he added.

President Rodrigo Duterte has ordered the closure of investment firms, including KAPA, that offer “too good to be true” returns. (PNA)