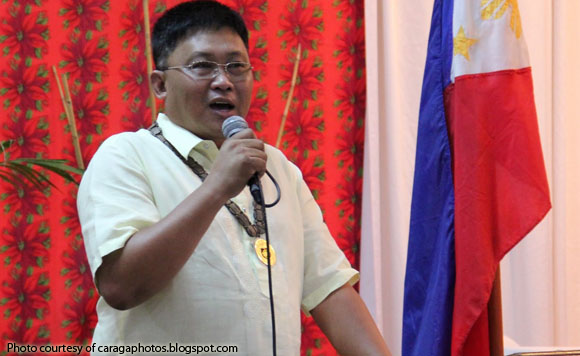 Butuan City mayor Ferdinand Amante, Jr. will get to face 2016 with a plunder and graft complaint related to the alleged anomalous construction of a P253-million sports complex in the city.

The cases were filed before the Office of the Ombudsman by 48 local village chairmen who alleged the bidding for the P253-million project was rigged.

Also named respondents in the complaint were bids and awards committee (BAC) members and Jesusito Legaspi, owner of JD Legaspi Construction, which won the bidding for the construction of the Butuan City Poly Sports Complex.

The complaining village officials said the city officials signed the contract on February 7, 2013 awarding the contract to JD Legaspi despite its failure to submit the necessary documents during the bidding.

One of the village chiefs, Juby Delgado, pointed out that the contract explicitly stated that the construction should be completed within 210 days, or sometime in September 2013.

To date, the project remained unfinished, according to Delgado.

But Amante was unmoved by the lawsuit. He said it is the handiwork of his political rivals.
“We’re now in a political season and issues like these are common. This politically motivated maneuver is a clear effort to discredit my administration,” he was quoted in an Inquirer report.

Amante said the project is a “dream come true” for city residents.

He is running for re-election in 2016 under the Liberal Party (LP) against four challengers, notably construction mogul Engr. Ronnie Lagnada, who is being supported by re-electionist Agusan Del Norte 1st District Rep. Lawrence Fortun.