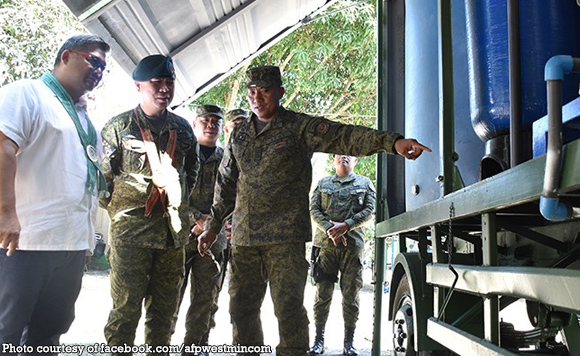 The military’s Western Mindanao Command (Westmincom) has thanked a business-led organization for donating a water filtration system to benefit the soldiers and communities in Mindanao.

“This mobile water system will help poor communities in Mindanao to gain easy access to potable water which is a necessity for living,” said AFP chief of staff, Lt. Gen. Felimon Santos Jr., in his statement read by Sobejana.

“The military extends its heartfelt gratitude to the PBSP for this gesture of support. The delivery of basic services to poor and conflict-affected communities is an avenue to end armed struggles and realize peace in Mindanao,” Sobejana added.