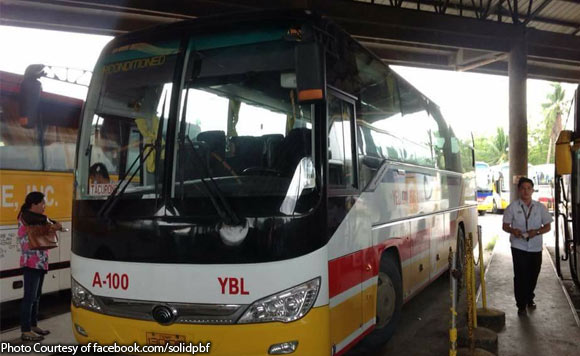 The Yellow Bus Lines (YBL) management has temporarily suspended its route here after a rival bus company filed a protest Monday before the Land Transportation Franchising and Regulatory Board (LTFRB).

“I was dismayed because we are back to square one, that is, taking longer routes that is expensive in going to General Santos City,” Tereso Suazon, a passenger from this city to Gen. Santos City said after learning of the suspension.

“I came early to the terminal only to be told no more bus for Gen. Santos as of now,” Suazon said as he left the public terminal.

Kidapawan City Mayor Joseph Evangelista confirmed the suspension of YBL route and will remain as is until the LTFRB issues an order for the resumption of its operation in the city.

The Cagayan de Oro City-based Rural Transit Tours of Mindanao, Inc., which has been plying the M’lang-Tacurong-Koronadal-Gen. Santos City route had filed the protest before the LTFRB.

“It is double-ride for us and that is very expensive,” farmer Michael Aspreto, 51, said, adding that he regularly travels to Gen. Santos to visit his two children studying at the Mindanao State University-GenSan campus.

Currently, YBL is serving the riding public from Tacurong City to Davao City via Makilala, North Cotabato. Evangelista said he hopes the LTFRB will come up with a decision on the matter soon. (PNA)