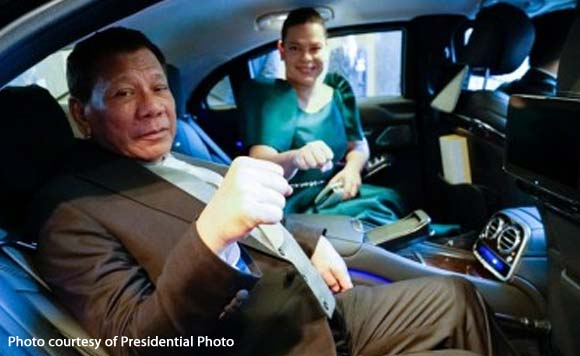 President Rodrigo Duterte on Thursday acknowledged that his eldest daughter, Davao City Mayor Sara “Inday” Duterte, is the “alpha” in the family.

In an event in Taguig City, Duterte admitted that his daughter was more dominant than him.

Duterte made the remark, even as he repeatedly dissuaded his eldest daughter from seeking the highest public office in 2022.

In an exclusive interview with GMA News aired on 24 Oras on November 18, Duterte renewed his call on his daughter not to follow in his footsteps, saying that she wants to spare her daughter from experiencing the most pressing challenges as the country’s president.

Duterte earlier warned Sara that presidency could “destroy” her.

In February, Sara raised the possibility that she might run for president in 2022.

The Davao City mayor said she could make a decision about running for president by January 2021. (PNA)