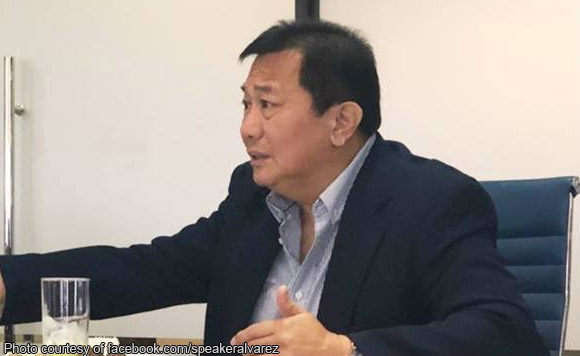 House Speaker Pantaleon Alvarez forced roads allegedly blocked by Tagum Agricultural Development Authority (Tadeco) opened, breaking the firm stance of the superintendent of the Davao Prison and Penal Farm to only open the roads if the provincial board passes a resolution ordering it.

Davao Prison and Penal Farm superintendent Gerardo Padilla relented to Alvarez’ order to open roads in the 5,000 hectares of land covered by the deal between Tadeco and the Bureau of Corrections (BuCor) after the Speaker relentlessly pounded on him and even threatened to make the committee to order his transfer out of the penal colony.

Alvarez even threatened to place Padilla under detention if he is caught lying and asked his fellow lawmakers in the House good government and public accountability and justice committees if their detention cell is clean and unoccupied.

Asked again by the Speaker if he would be willing to open the roads allegedly blocked by Tadeco, Padilla could only reply, “Wala pong problem, your honor.”

Earlier in the hearing, Padilla insisted that the supposedly blocked roads may only be opened if the Sangguniang Panlalawigan says so in a resolution.

Several roads got stripped off its designation as barangay or provincial roads and had been blocked with steel gates and steel wing beams, with some of these even having guards in place, said Tagum City engineer Noel Basañes.

However, Davao del Norte Gov. Anthony Del Rosario said the two roads were still classified as provincial roads until 2015, when they decided to defund their maintenance as they have been closed by Tadeco.

But Leyte 3rd District Rep. Vicente Veloso pointed out that the roads continue to be government property even if it did not fund their maintenance. However, Del Rosario said Davao del Norte does not own the roads’ rights of way.

Tadeco President Alex Valoria defended their supposed closure of the roads, saying it is necessary to protect their massive banana plantation from Fusarium wilt disease.

Fusarium wilt, also known as Panama disease is a fungal soil and water-borne disease which can kill off entire plots of crops, including bananas.

Valoria said they did not close the roads off to the public, but placed foot baths and tire dips to prevent Fusarium contamination, which he said is an “industry killer” that “threatens entire banana industry worldwide.”

“The country cannot afford to see this industry fail. But fail it will if you allow the DPWH (Department of Public Works and Highways) to destroy the quarantine measures that is actually required of us,” Valoria said.

Tadeco had threatened to file charges or destruction of property after a private firm, with the DPWH, the Department of Environment and Natural Resources, police and Alvarez’ chief of staff, Edwin Jubahib demolished one of its biosecurity fences.

Alvarez said he is ready to face any suit arising from the demolition.