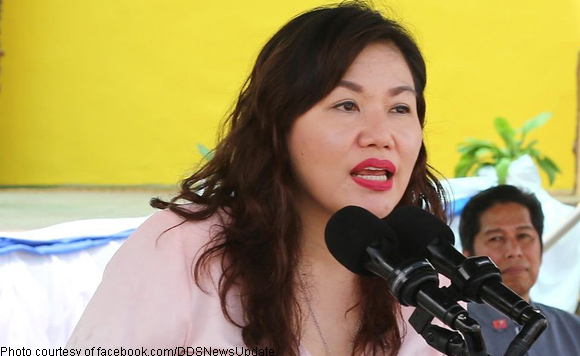 You have to see the Presidential partner’s newest ‘do!

President Rodrigo Duterte’s common-law-wife, Ms. Honeylet Avanceña, recently stepped out in an all-new hairdo. The Presidential partner, along with SAP Christopher “Bong” Go, speaheaded the Inauguration of some key projects in Nueva Ecija, which includes some million peso worth of structural improvements.

Ms. Honeylet was seen during the event with an all new hairdo – perfectly permed, wavy locks.

Some of the projects include a P1.5-million improvement of its local municipal multi-purpose hall, a P500,000 worth development of Samuel E. Gadia Hall, a P4 million three-storey evacuation center and two gymnasiums worth P4.5 million each.

Ms. Avanceña reportedly Said during her speech that the President is persistently continuing his efforts in further improving the welfare of the Filipinos by fighting off corruption and crime and His efforts to stop illegal drugs.

Joanna Gentugaya gets injured during their bike ride