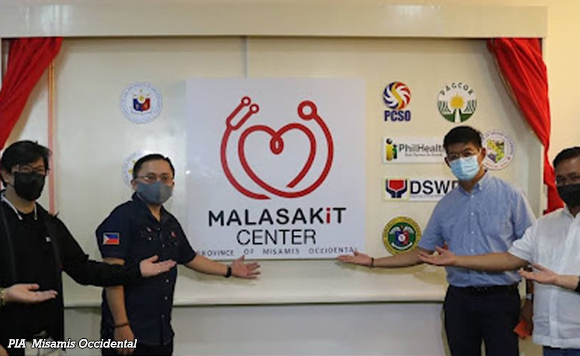 Senator Christopher “Bong” Go has renewed his appeal to Filipinos to prioritize their health needs amid the ongoing health crisis as he witnessed the launch of the 143rd Malasakit Center at Doña Maria D. Tan Memorial Hospital in Tangub City, Misamis Occidental on Tuesday, October 12.

The Malasakit Center is the second center established in the province in addition to the Mayor Hilarion A. Ramiro Sr. Medical Center in Ozamiz City that was launched in January of last year. It is also the 37th in Mindanao region and the seventh in Northern Mindanao.

Go, who serves as Chair of the Senate Committee on Health and Demography, expressed his concern that Filipinos living in rural areas are often reluctant to get medical attention due to the cost it entails. He explained that the Malasakit Centers aim to address this concern.

Principally authored and sponsored by Go and signed into law by President Duterte in 2019, Republic Act No. 11463 or the Malasakit Centers Act of 2019 mandates all hospitals administered and managed by the Department of Health, as well as the Philippine General Hospital in Manila, to establish Malasakit Centers that would address the need for an efficient integrated system for conveniently availing medical assistance programs from the government.