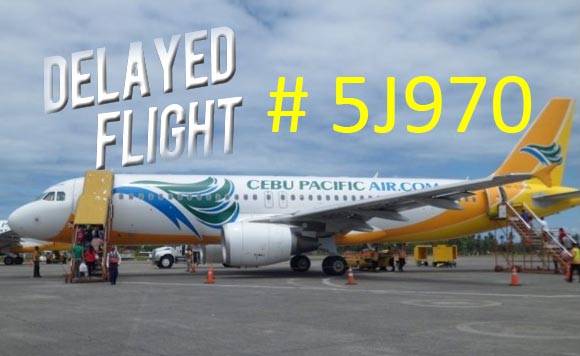 A 28-year-old woman caused a flight delay at Francisco Bangoy International Airport after she allegedly dropped a bomb joke while inside an airplane on Tuesday night.

A police report identified the suspect as Blanca A. Pulvera, 28, a resident of Mabini, Compostela Valley Province.

Dela Cerna said Pulvera was inside Cebu Pacific flight 5J970 bound for Manila when she made the joke at around 7 p.m. on Tuesday.

This prompted the airport officials to disembark from the plane to give the Philippine National Police (PNP) explosive ordnance division and Aviation Security Unit (AVSEU) 11 to conduct search inside the aircraft.

Dela Cerna reminded the public that bomb joke was prohibited and penalized under Presidential 1727 “Declaring as Unlawful the Malicious of False Information of the Willful Making of Any Threat Concerning Bombs, Explosives or Any Similar Device or Means of Destruction and Imposing Penalties.”

Under the law, any violators found guilty will suffer up to five years of imprisonment and P40,000 fine.