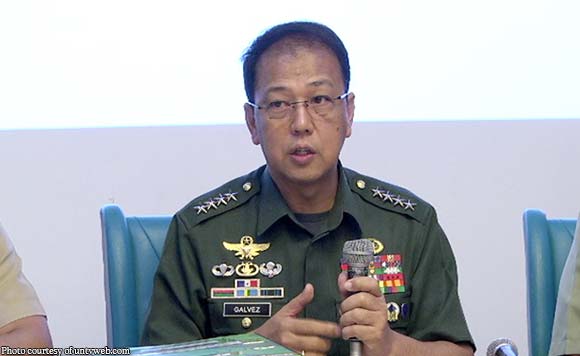 0 188
Share
Want more POLITIKO News? Get the latest newsfeed here. We publish dozens and dozens of politics-only news stories every hour. Click here to get to know more about your politiko - from trivial to crucial. it's our commitment to tell their stories. We follow your favorite POLITIKO like they are rockstars. If you are the politiko, always remember, your side is always our story. Read more. Find out more. Get the latest news here before it spreads on social media. Follow and bookmark this link. https://goo.gl/SvY8Kr

Presidential Peace Adviser Carlito G. Galvez Jr. has downplayed the propaganda by some quarters that the Bangsamoro Organic Law (BOL) would divide Lanao del Norte, saying it was “misinformation.”

The official made the clarification when he sought for the support from the residents in the province to protect the integrity of the plebiscite for the inclusion of the six towns in the future Bangsamoro Autonomous Region in Muslim Mindanao (BARMM) scheduled on February 6.

He said the proposed inclusion of the six municipalities “does not divide the province but further widens and democratizes our opportunities for economic development and political empowerment.”

“The inclusion of the six municipalities is an opportunity for reform in governance,” Galvez said.

The municipalities include Nunungan, Tangkal, Munai, Pantar, Balo-i, and Tagoloan. Their inclusion in the future BARMM, however, needs the consent of the entire province.

Aside from Lanao del Norte, the last round of the BOL plebiscite is scheduled in North Cotabato on Wednesday, February 6.

The Commission on Elections (Comelec) had earlier declared the BOL ratified after majority of the voters in the Autonomous Region in Muslim Mindanao (ARMM) voted Yes during the first round of the plebiscite on January 21.

The plebiscite this week aims to expand the areas of the future BARMM.