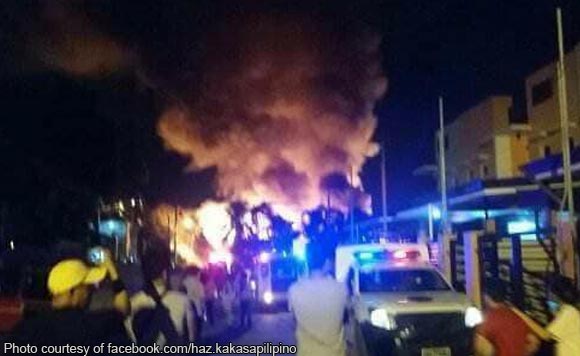 At least P11.3 million in damage to property was recorded in 52 fires that occurred in Davao City last March, the Bureau of Fire Protection said.

Davao City Fire District spokesperson Senior Fire Officer 2 Ramil Gillado said 20 of the 52 fires were in residential areas while 15 were in grasslands.

The other 17 fires were recorded in in storage, mercantile and business establishments, Gillado said (http://davaotoday.com/main/economy/bfp-p11-3-m-damage-52-fire-incidents-in-fire-month/).

In the first three days of April 2018, he said eight fires were recorded, causing P2.5 million in damage to property.

Gillado said the 52 fires in March 2018 were 16 more than the 36 fires recorded in the same period last year. In March 2017, the fires caused P2.9 million in damage to property.

In April, a fire in Matina Aplaya destroyed 19 structures, while another fire in Tibungco Public Market razed nine structures and a church.

Also, 31 market stalls and houses in Bankerohan were burned, along with a store. Still another fire was reported at the Southern Philippines Medical Center.

With the hot months ahead, Gillado urged the public to be vigilant and mindful in using electricity as many fires stemmed from electrical short circuit.