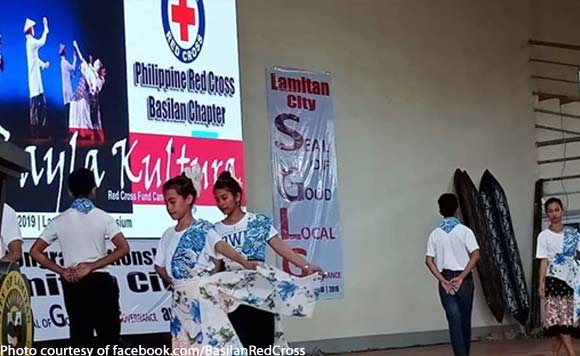 The Philippine Red Cross (PRC) Basilan has launched a fund raising campaign for the establishment of its blood bank in Isabela City.

“The activity aims to raise funds for the establishment of a Red Cross Blood Bank to be located at the new Basilan Red Cross Building along Strong Blvd., Isabela City,” the provincial government said.

The Lamitan City leg is the first in a series of two cultural dance recitals.

The next and last leg will be in Isabela City on January 23, 2020 which will feature among others, the BNHS Bayle sa Kalye Dance Company and a number of other notable cultural dance groups from other schools and organizations in Isabela City, the local government said.