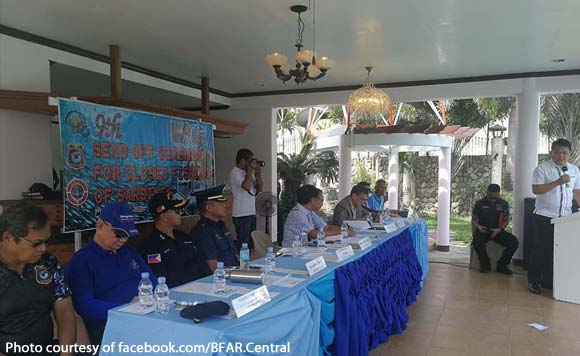 The three-month sardine closed season in Zamboanga Peninsula has started, the Department of Agriculture’s Bureau of Fisheries and Aquatic Resources (DFA-BFAR) said.

The closed season, which is the ninth since 2011, began on December 1 until March 1 next year as provided in the BFAR Administrative Circular (BAC) 255.

Under the Circular, commercial fishing vessels are banned from fishing within the waters of East Sulu Sea, Basilan Strait and Sibuguey Bay to give way to the three-month spawning period of the sardines.

“As mandated by BAC No. 255, the closed fishing season gives the seas ample time to be revitalized. It allows for our sardines fish stocks to replenish, ensuring the abundance and productivity of our marine resources for years to come.” said BFAR National Director Eduardo Gongona in a speech read during the recent send-off ceremony for fisheries law enforcers in Zamboanga City.

However, the success of the Zamboanga sardine closed fishing season is not solely based on the increase in production. DA-BFAR has also considered the fisheries stakeholders’ cooperation and compliance as an important indicator of success.

Last year, fisheries law enforcers apprehended two commercial fishing vessels in the areas covered by the closed season. The violators were charged under Sec. 100 of the Republic Act 10654, otherwise known as the amended Philippine Fisheries Code, for fishing during the closed fishing period