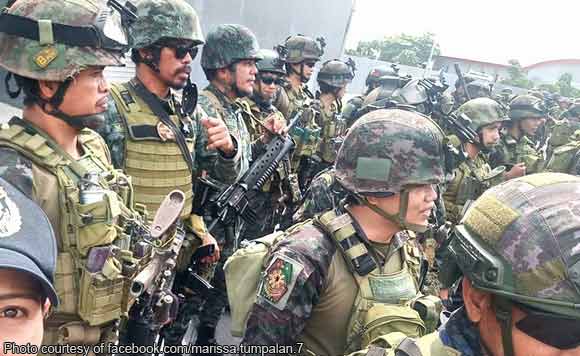 “(T)hey will receive what is due them and huwag lang sila maghimutok (they should not whine). Everything will be taken cared of by the incoming leadership,” dela Rosa said when sought for comment on the complaint filed before the Office of the Ombudsman against former SAF chief Benjamin Lusad and other finance officials of the PNP.

Dela Rosa said the Ombudsman investigation into the criminal and administrative aspect of the controversy will uncover the truth, adding that they will not preempt the investigation by the anti-graft office.

The PNP chief said that preliminary meetings with the former budget officer of SAF and the director of the unit are optimistic that the sum will be found and distributed but said the amount cited could be an exaggeration.

“It doesn’t mean that a complaint is the whole truth, the sum could be smaller so an Ombudsman investigation is needed. And regardless if the case was filed or not, according to the former budget officer of SAF and the director, the troops will get what they are looking for,” dela Rosa noted. (PNA)

VM Paolo Duterte is on a PB diet: Putok Batok!