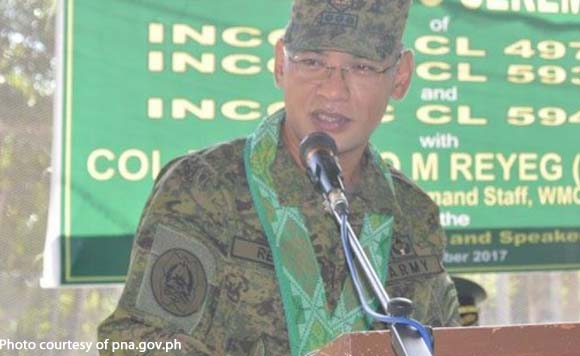 Basilan government officials and an alleged Abu Sayyaf bandit have surrendered their firearms to the military in the province.

Abu Sayyaf militant Fahad Abdul Ajid, along with his firearm, surrendered to soldiers of the 18th Infantry Battalion on the same day.

Quoting Ajid, Reyeg said that the bandit, a follower of Abu Sayyaf leader Nurhassan Jamiri, yielded to to the authorities after his former colleague encouraged him to do so.