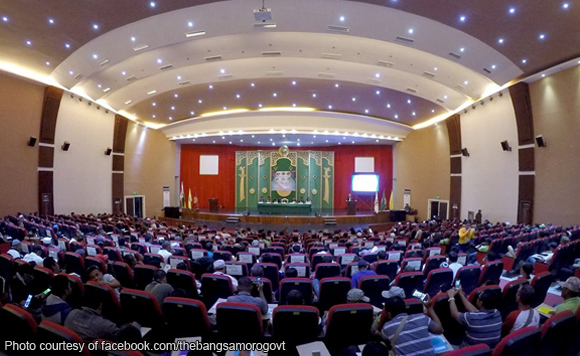 Over a thousand members of civic action groups and amateur radio clubs from the Bangsamoro Autonomous Region in Muslim Mindanao (BARMM) gathered Friday, September 13, for a summit.

The first BARMM-Wide Radshow Summit, with a theme “Strengthening Radio Communication towards a disaster resilient BARMM,” was held at the Shariff Kabunsuan Cultural Complex, BARMM Compound in Cotabato City.

It was spearheaded by the BARMM’s Regional Telecommunications Commission.

During the event, Froilan Jamias, regional director of National Telecommunications Commissions -XI, lectured on the rules, policies, and regulations of using ham radio.

He recalled how inefficient it was to write letters as a form of communication during the early stages of the Bangsamoro struggle.

However, Ebrahim said using two-way radios must be regulated as it also has its disadvantages. One example is that two-way radios are commonly used as triggering devices in detonating bombs.