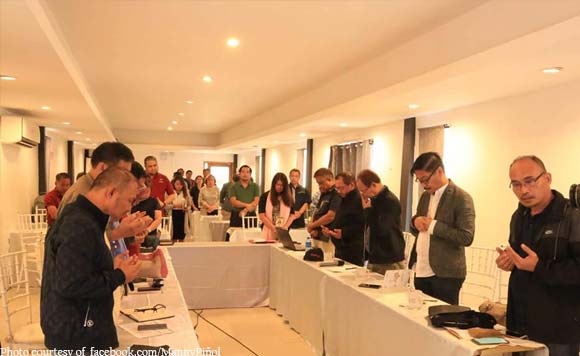 The Bangsamoro government and various stakeholders, in coordination with the Department of Agriculture (DA), will gather in Davao City next week to craft their first Agriculture and Fisheries Master Plan, Agriculture Secretary Emmanuel Pinol said.

The two-day event to be held on July 11 and 12 is expected to be attended by 300 patricipants, including leaders of farmers and fishermen’s groups, people’s organizations, development planners, agriculturists, engineers, and local officials of the Bangsamoro Autonomous Region in Muslim Mindanao (BARMM).

“With the technical and administrative assistance from the DA and the Ministry of Agriculture, Fisheries and Agrarian Reform (MAFAR), the stakeholders will identify the interventions needed to improve the lives of people in the country’s poorest region,” Pinol said.

Prior to the event, a pre-planning meeting was held between the DA and MAFAR on July 3 in General Santos City where they discussed the focus of the Master Plan, such as infrastructure, titling of lands to end “rido” or clan wars, and food security plan.

Right after the completion of the Master Plan, the draft will be presented to BARMM Chief Minister Al Haj Ahod Murad Ebrahim, Pinol said.

The DA will also submit another copy to President Rodrigo Duterte before he delivers the State of the Nation Address on July 22.

The Master Plan for Agriculture and Fisheries will be the first ever to be crafted for the Bangsamoro region whose development was stunted by decades of conflict and bloodshed.