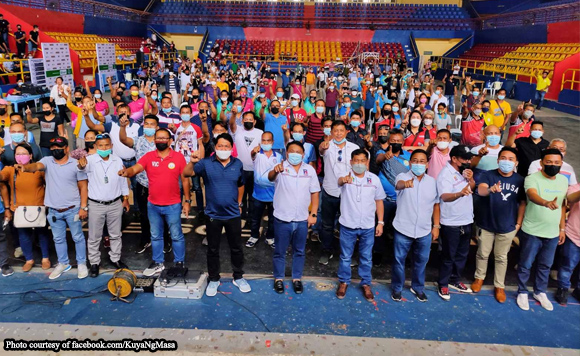 Jubahib, who is also the secretary-general of Partido Reporma, said that 37 barangay captains and more than 300 barangay officials led by Panabo City Mayor Jose Relampagos participated in the mass oath taking held in Panabo City on August 26.

Also present in the event and were sworn in were Board Members Franklin Gentiles and Jigs Relampagos, Engr. Vic Barrios, Janno Paolo, Emeterio Blase, and others who want to serve the local government.