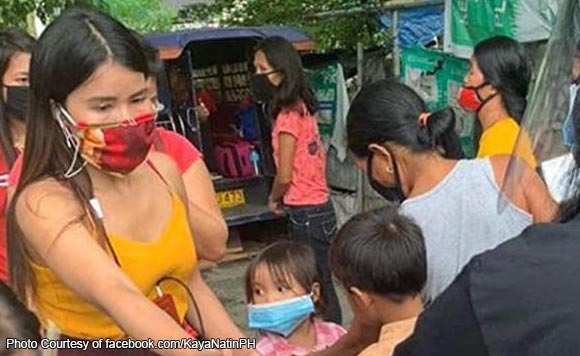 Some 50 locally stranded individuals (LSIs) have returned to Basilan province.

The Bangsamoro government said Wednesday, July 29, the 50 LSIs, who were sent home with the assistance of the Philippine Navy, were among the first batch of the 405 LSIs who will be sent off the island provinces of Basilan, Sulu and Tawi-Tawi (BaSulTa).

They tested negative in coronavirus disease swab testing and completed the 14-day quarantine in Sultan Kudarat, Maguindanao, it said.

The remaining 355 BaSulTa bound LSIs who completed their 14-day quarantine period, and after following health protocols, will be sent off at the soonest possible time, the regional government said.

The 405 LSIs from Manila were originally bound for the island provinces but were rerouted to Cagayan de Oro City on July 7.

The Bangsamoro government said it hired 17 buses to take the LSIs to Zamboanga City, which should have been the nearest port of entry to the island provinces.

However, due to circumstances beyond the control of the Bangsamoro government, it said the buses had to be rerouted to Sultan Kudarat, Maguindanao.