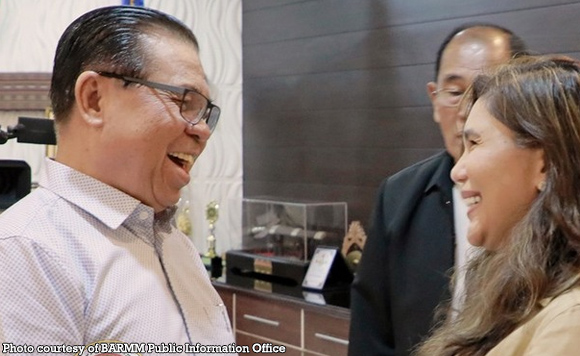 0 293
Share
Want more POLITIKO News? Get the latest newsfeed here. We publish dozens and dozens of politics-only news stories every hour. Click here to get to know more about your politiko - from trivial to crucial. it's our commitment to tell their stories. We follow your favorite POLITIKO like they are rockstars. If you are the politiko, always remember, your side is always our story. Read more. Find out more. Get the latest news here before it spreads on social media. Follow and bookmark this link. https://goo.gl/SvY8Kr

“Certainly, the good secretary is better advice to understand the peace process and the critical role played by Turkey in our peace process, after all this good relation redounds to the benefit of the country,” he said.

“Filing a diplomatic protest against Turkey; studying charges vs Filipino BARMM officials involved. If not repudiated by Ankara NOW I propose breaking diplomatic relations. A slap at Philippine sovereignty and an attack on our territorial unity and integrity. Reek$ of $ellout,” Locsin said on Twitter.

But after a few hours, he said everything was cleared up and no diplomatic protest would be filed after talking with Turkey Ambassador to the Philippines Artemiz Sümer.

Sinarimbo said Ebrahim’s recent foreign trip was upon the invitation of the Turkey government and he secured travel authority from President Rodrigo Duterte’s office.

“Further, in all of the meetings between the Chief Minister and representatives of the Government of Turkey, the government of the Philippines was represented by the Consul General,” he said.

“It may also help the public to better understand the issue if we are to consider the substantial contribution of the Government of Turkey in the successful conclusion of the peace process that resulted in the signing of the CAB (Comprehensive Agreement on Bangsamoro) in 2014,” the BARMM official said.

He cited that the government of Turkey played a critical role during the peace negotiations as one of the member states in the International Contact Group.

Sinarimbo also said that Locsin should have utilized the Inter-governmental Relations Body (IGRB), as provided in CAB and the Bangsamoro Organic Law, in airing his concern.

12 bombs recovered after clashes with BIFF in Cotabato, says military