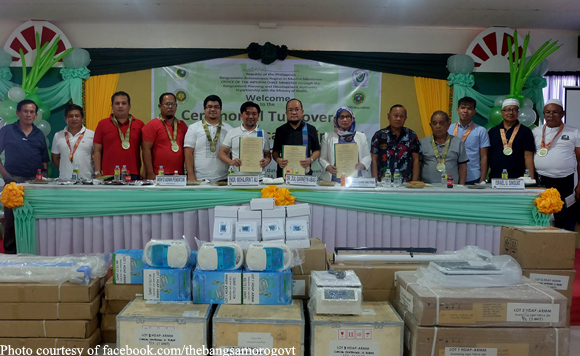 The Bangsamoro government, through its Humanitarian and Development Assistance Program (HDAP), has turned over P16. 2-million worth of various medical equipment to Maguindanao health units.

The medical equipment was given to the Integrated Provincial Health Office (IPHO) in Datu Hoffer, Maguindanao in a ceremony held on Friday, February 14.

The five Rural Health Units (RHUs), which received the asssistance include those in the municipalities of Mamasapano, Talayan, Datu Salibo, Talitay, Datu Piang.

Also recipients of the equipment are the 34 Barangay Health Units (BHUs) from the following:

“As I have always emphasized, our priority is to improve the well-being of our people; to ensure the access to quality health care services, education, and social welfare,” the chief minister said.

HDAP is a special program under the previous ARMM government.

Ebrahim assured that the Bangsamoro government will continue to finish the remaining programs of the ARMM and it “shall be done consistent with our call for moral governance.” #